For the sports fans, this section belongs to you. It is time to find out everything you should know about the sports played in Spain. The truth is that there are numerous sports played in Spain as with many other European countries but football is the most popular sport in this country. Spain’s top flight league is the La Liga which is at par with other competitive world leagues such as the German Bundesliga and English Premier League. Some of the clubs playing is Spain’s top flight football league have an enormous fan base all over the world. 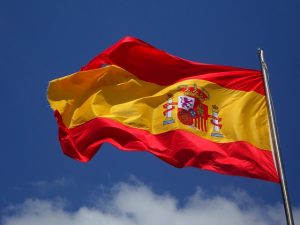 Spain’s sporting glory also shines in other sporting arenas beyond the soccer pitch and into the basketball court. This sport is also incredibly popular in Spain. In fact, most of the top flight football clubs such as Barcelona and Real Madrid also have basketball teams. The Spanish ACB league, one of the most prestigious basketball leagues in the world brings together the top basketball players in Spain. Some of the top flight basketball players from Spain are also battling it out in the NBA of the United States.

Another sport played in Spain and equally popular as well is tennis. Spain boasts of Rafael Nadal who is a world-class tennis player and has won dozens of major trophies. Besides Nadal, many other Spaniards have embraced this sport as a way to pass their leisure time.

We cannot also forget cycling, which is a very popular sport in Spain. In fact, out of the last six Tour de France cycling races held, four of them have been worn by Spaniards which just indicates how famous this sport is.

Besides there sports, you can also find Spanish names in handball, futsal, Formula one, rugby and golf, just to mention a few of the many sports played in Spain.