The government in Spain provides the backbone to its structured society and has always played a major role in local ongoings. This article will take a look at the nuances of Spain’s government and how it works based on current regulations. 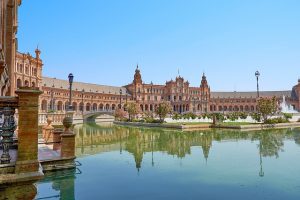 This is the name provided by the Spanish government in its present state.

The premise of this government is to have a Congress of Deputies and a Senate. Similar to the UK, Span has a head of state in the form of its monarch. This leader doesn’t possess executive power and is more of a ceremonial appointment.

The real leader is the President who has executive powers and is the head of Spain’s Congress of Deputies. He/she is responsible for appointing the VPs in the government and has a separate Council of Ministers.

The present state of Spain’s government was established in 1978 after a general referendum went out and voters let their voices be heard. The parliamentary setup was instituted after this referendum was sanctioned and put through.

The state has a set of elected representatives who are pushed through to the government as an extension of the local populace. These are housed in the parliament and ensure everything is voted on in accordance with national regulations.

Spain has an independent judicial branch, which oversees legal matters in the nation.

The nation has a hierarchy of courts and followed Spanish plus European laws as determined by the necessary governments. This branch is a separate entity to the government and plays a major role in maintaining the sanctity of Spain as it is right now.

This is Spain’s government in a nutshell based on its current standing.