There are many famous individuals that we look up to and admire. But just how many come from the European country of Spain? In this article, we will talk about a few of the famous people that hail from Spain.

One of the most famous Spanish faces that we know and love is that of Antonio Banderas. Antonio was a soccer player until he broke his foot at the age of 14. As an actor, he has played in such iconic films as The Mask of Zorro, Evita, and Desperado. Antonio Banderas hails from Malaga, Spain.

A beautiful face that we all know belongs to actress Penelope Cruz, who hails from Madrid, Spain. She not only works in the film industry but has done work as a model. She is known for her work in films such as Vanilla Sky and Blow. Penelope is married to Javier Bardem, another famous actor who comes from Spain.

The third famous person from Spain that is on our list is Enrique Iglesias, a highly talented Spanish singer. Enrique is also from Madrid. He has sold over 159 million records worldwide during his career, and over 150 number one hits over all Billboard charts. Thus, he is one of the most successful Spanish artists of all time. 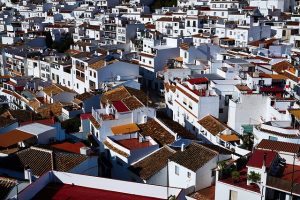 The last famous Spanish individual we will mention is Placido Domingo, who hails from Madrid. He is a Spanish tenor and conductor. He is known for his versatility and has recorded over one hundred operas.

In conclusion, Hollywood is full of many individuals who hail from all over the world, including the fantastic European country of Spain. Those whom we mentioned in this article are truly talented, and we are so glad that we have been able to enjoy their work.